The “birthday” of the Intellivision was December 3, 1979, as agreed-upon by industry authorities and enthusiasts. The worldwide community has greed in recent years to simply play any game in the catalog to celebrate the debut of the first 16-bit game console.

To support the Inty community in the celebration, we have created a home here to “register” a commitment to playing any game in the catalog (original 125 games plus 66 21st Century releases). We ask that everyone use this same registration so that we have equivalent coverage of games across the Intellivision© library. It’s all about “couch co-op”, we just want people to play without strings attached. All one has to do to be a part of the action is sign-up and play.

Sign up for a game that begins with the letter “K” through “R”.

Sign up for a game that begins with the letter “S” to the end of the alphabet.

Keep your disc thumb strong! Play throughout the year to get ready for December 3!

What?! Intellivision Day is 10 days away and you haven't committed to having fun? Get ready to play something, 2020 is ending better than it began! https://t.co/utoeEF2peA #MondayMotivaton #Intellivision #keepYourDiscThumbStrong https://t.co/QgRb5LK8wV

Only 90 minutes until the first Intellivision Virtual Expo begins! Please visit https://t.co/BQkkP4veKh for sessions on the latest games and development for the classic console, and view live game streams from top players! #SaturdayHappiness #retrogames #stayBlocky 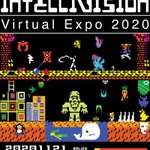 Something to keep in mind: 1. You are loved. 2. You have value. 3. Only 3 days until the Intellivision Virtual Expo, with hours of content for the classic Inty console, along w/live game streaming. 4. You are now happier. https://t.co/6xlI4eeojw #stayBlocky #ThursdayThoughts 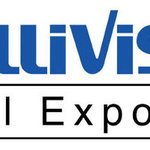 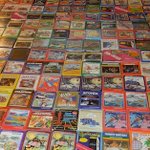 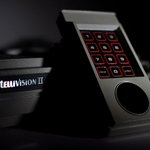 A #zine I put together reviewing 6 of my favorite #Intellivision games: https://t.co/fUifONjveN #retroGaming @IntvPrime Folding instructions in 2nd image. 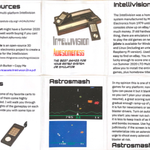 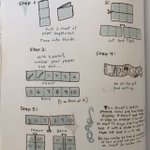 RT @IntvPrime: The 6-month mark for Intellivision Day 2020 is here! Practicing for the actual day on December 3rd is the best thing you can…

The 6-month mark for Intellivision Day 2020 is here! Practicing for the actual day on December 3rd is the best thing you can do indoors today. Play a game you like, with someone you like, anything in the classic Intellivision catalog! #stayBlocky 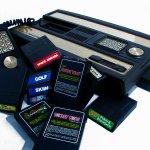 Sonic Spinball is one of those fe… Read more

Wiz Quest for the Magic Lantern i… Read more

Lara Croft made her debut in Tomb… Read more

Final Fantasy IX was one of my fa… Read more

Have Christmas Carol for the Matt… Read more

The Black Candle for Mattel Intellivision

In this episode we reconvene to d… Read more

In this episode we review two gam… Read more

The Intellivisionaries - Episode 37 - Amico, Portland and Baum, Oh My!

In this episode we discuss the Po… Read more

In this episode we FINALLY review… Read more

It's Christmas time at The Intell… Read more

In this special episode, we discu… Read more

In this episode we review the Lef… Read more

In this special episode, we talk… Read more

The Intellivisionaries - Episode 34 - Easter Eggs, Anyone?

In this episode we don't review a… Read more

Any cookies that may not be particularly necessary for the website to function and is used specifically to collect user personal data via analytics, ads, other embedded contents are termed as non-necessary cookies. It is mandatory to procure user consent prior to running these cookies on your website.