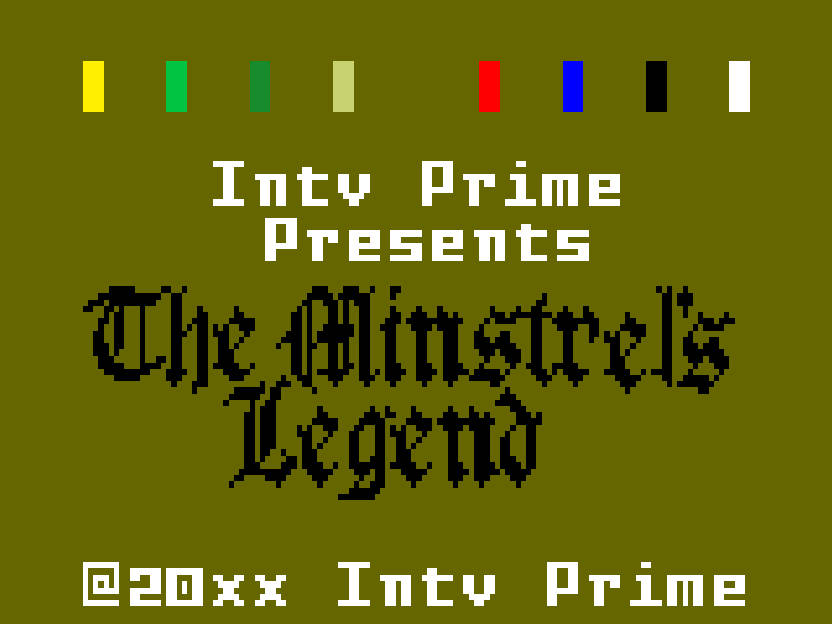 We have wanted to create a turn-based, 3rd-person-view, tiled RPG for the Intellivision© for many years.

Now is the time!

The Minstrel’s Legend  is a one-player “sword and sorcery” open world role-playing video game under development by Intv Prime. The game is set on an earth-like planet in fantasy, medieval times. The object of the game is to collect parts of a song and play it so the continued imprisonment of the demon Xcitticx is maintained. If the players cannot survive travel across the island and battles through dungeons, Xcitticx will escape and the game will be lost. The song is written on parchment that was torn into thirds – one piece is in an overrun fort, another in an abandoned mine, and the last is in Xcitticx’s temple itself. If they cannot succeed in a few days, the demon will escape!

The Minstrel’s Legend will be released on cartridge for the Mattel Intellivision© as commercial charityware: the profit from each game purchase will be donated to the American Cancer Society. Intv Prime expects to make $0.00 from sales of this game.

TML is one of the few games for the Intellivison© that features a persistent world, where changes to the game world are stored and kept consistent through the adventure. Limits on equipment and abilities last throughout the game, areas that are left will have the same state when revisited, and events that occur in the beginning will make a difference at the end. Bad choices are not rewarded, and virtuous actions make a difference!

The game mechanics are similar to those used in the early Ultima series, Nethack, and tabletop role-playing games. Movement, decisions, and combat are turn-based. The terrain of the continent does not change, rewarding repeat players that remember the tricks of navigation, but the location of the fort, mine, and temple changes with each game, and the layout of each one is programmatically generated. The player’s party begins with four apprentice-level characters, having various statistics (strength, intelligence, agility, stamina, luck) and skill sets that require them to work together to complete the mission.

The characters start at their young appentice level, with minimal equipment, but can acquire new items and treasure by defeating foes in battle. Treasure can be spent with a shoppekeeper to obtain additional items.

The player must balance the need to find all parchment pieces to re-imprison Xcitticx, the need for characters to rest (to heal and renew spell and song abilities), and the need to strengthen the party through battles. 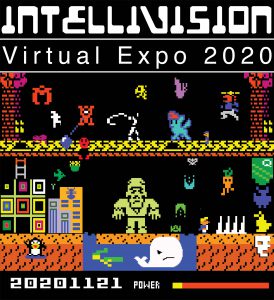